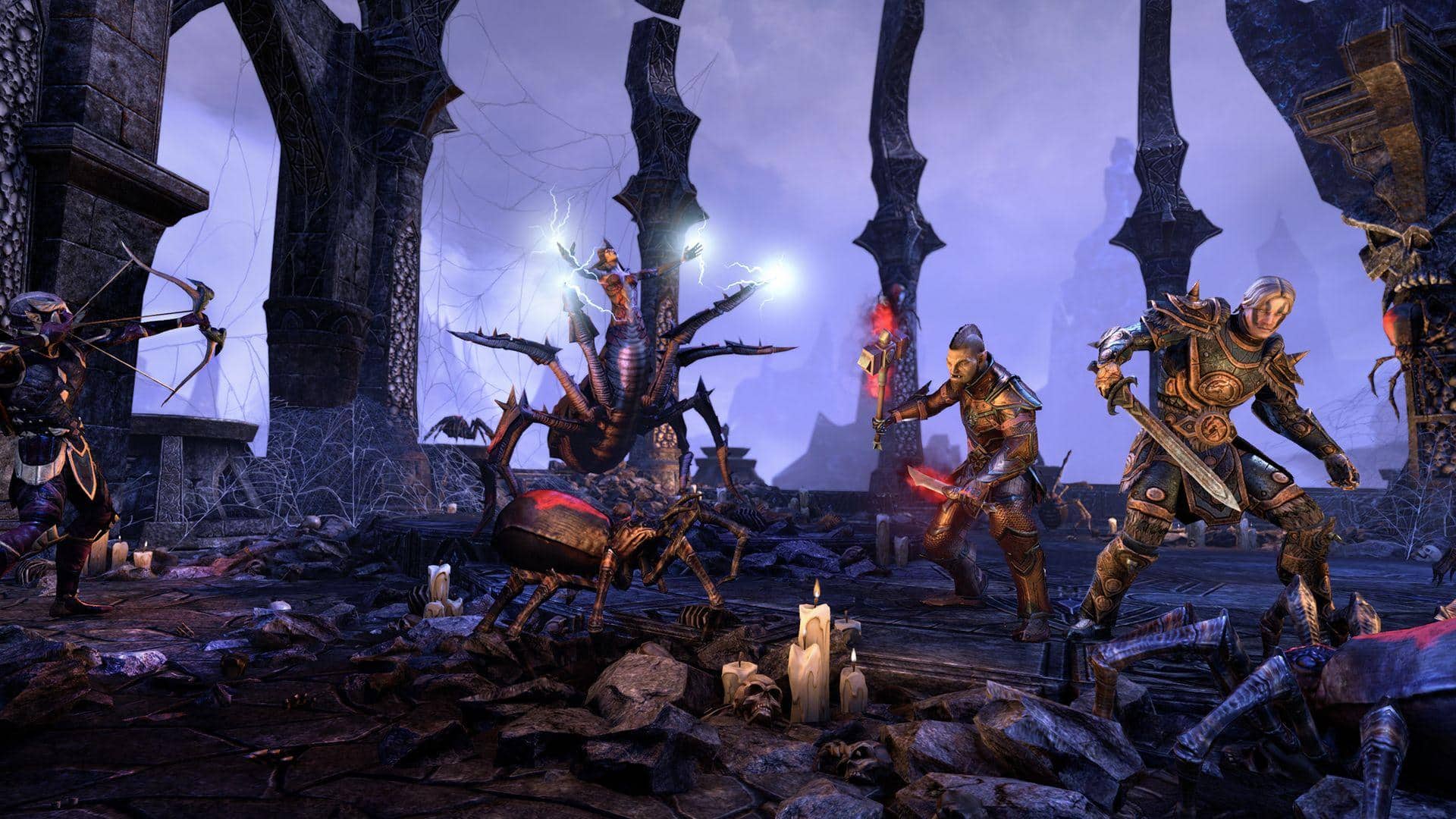 Few of Tamriel's relics are as powerful and fearsome as ESO's Monster sets. Now, you are able to acquire mask, shoulder, and weapon Outfit Style pages based on the game's

Few of Tamriel's relics are as powerful and fearsome as ESO's Monster sets. Now, you are able to acquire mask, shoulder, and weapon Outfit Style pages based on the game's most menacing bosses. Find out everything you need to know about these new cosmetic items here.

Want to give your ESO characters a custom look inspired by some of Tamriel's fiercest dungeon bosses? Starting tomorrow, you are able to acquire boss-themed mask (helmet) and shoulder Outfit Style pages via in-game activities, and you can purchase new, boss-themed weapon Outfit Style packs from the Crown Store.

The first new look available will be the Ilambris style, and you'll be able to acquire it from 10:00AM Wednesday, July 25 until 10:00AM EDT Wednesday, August 29.

Note that the opportunity to acquire the Outfit Style pages for a specific boss will only last for approximately a month, and when its time is up, a new set of pages for a different boss will be available instead. We'll announce each new upcoming Outfit Style in our monthly Crown Store Showcase, so keep an eye out if you're looking for a uniquely monstrous look!

During the month-long period, the Ilambris Monster Mask Outfit Style page has a chance to drop when you defeat the Crypt of Hearts 1 dungeon's final boss fight on the Veteran difficulty (it'll be included with the usual Monster Mask item).

However, should you have earned the Hard Mode achievement titled “A Crypt for Two" your chance to pick up the page is doubled. To earn this achievement, you must defeat the Ilambris Twins on Veteran Hard Mode difficulty. Future Monster Mask Outfit Style drops will also have an improved chance of dropping if you have that bosses' specific Hard Mode achievement.

You can activate the Hard Mode version of the Ilambris Twins fight by using the nearby Scroll of Glorious Battle. Other dungeons may have other ways to activate Hard Mode, so check your Achievements menu to make sure you know what to do. 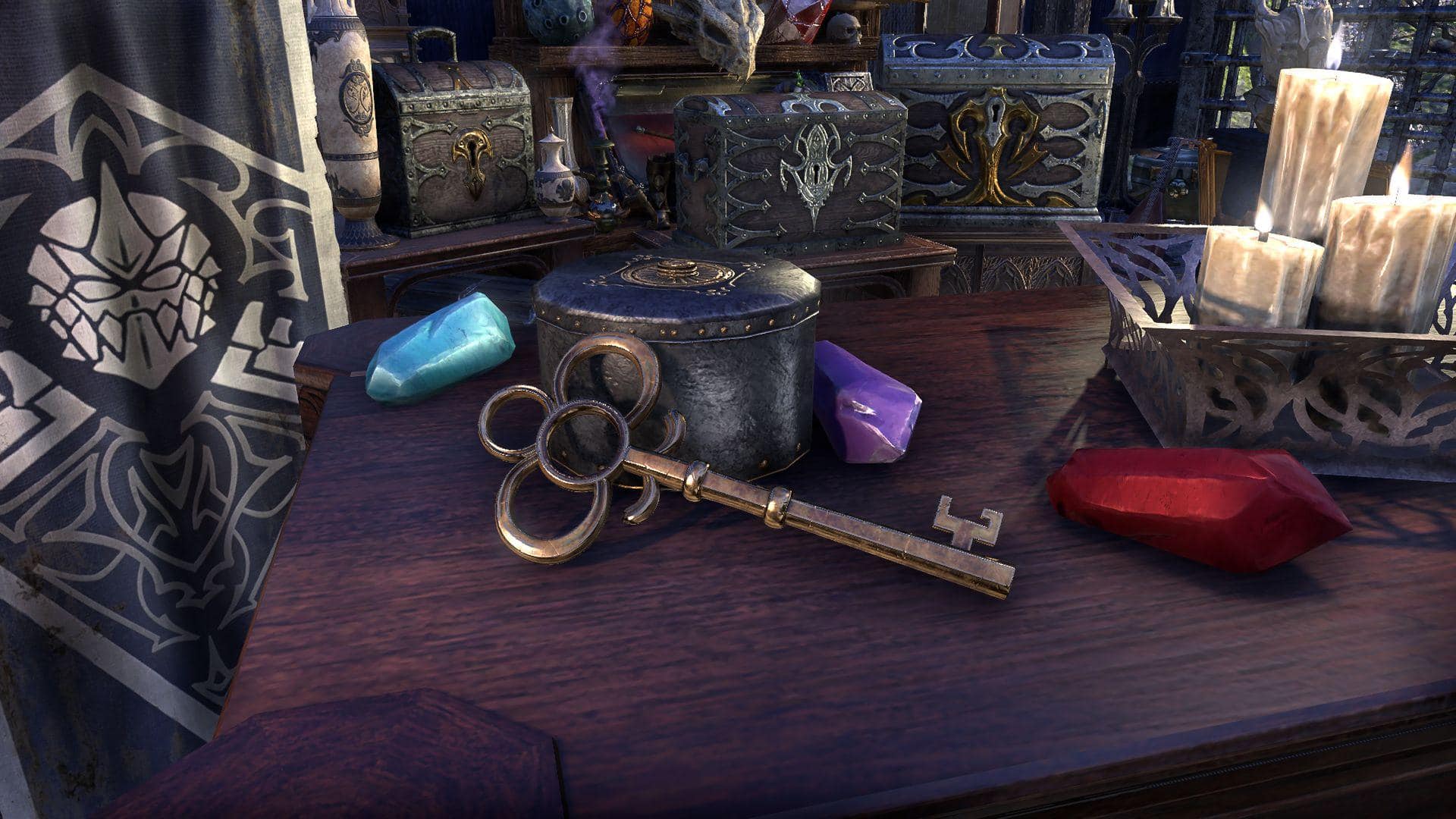 Both the Ilambris Monster Shoulders and Monster Mask Outfit Styles are tradeable, meaning if you happen to acquire additional pages, you can give them to your friends or sell them on the open market, making them a valuable commodity for Guild Traders.

While the Monster Outfit Styles are available to be earned, you can preview how they'd look on your character by navigating to your Styles menu and selecting the new Undaunted category.

In the future, you'll be able to pick up different Monster Outfit Styles by completing different Veteran dungeons (with the bonus chance if you have that boss fight's Hard Mode achievement) and opening their relevant Undaunted Chests.

If you'd like to complete your monstrous look, during the same time period as the Mask and Shoulder Outfit Style pages are able to be earned, you'll be able to purchase the Ilambris Style Arms Pack from the in-game Crown Store.

The Ilambris weapons blaze bright with the fire of the Daedric mage Ilambris-Zaven himself. Even if your weapons typically have a different looking effect from their enchantment, they'll now appear to burn with overwhelming fire.

You are able to preview the new weapon Outfit Styles by navigating to the Outfit Styles category within the Crafting section of the in-game Crown Store.

Each month, a new Monster Outfit Style will be available to be purchased from the in-game Crown Store and earned via in-game activities. Don't forget, the Ilambris Style Monster Mask, Shoulders, and Weapons are only available from Wednesday, July 25 at 10:00AM until Wednesday, August 29 at 10:00AM, so don't hesitate to delve into the Crypt of Hearts and claim what is yours! Are you planning to don this menacing new look? Let us know on Twitter @ TESOnline and Facebook.